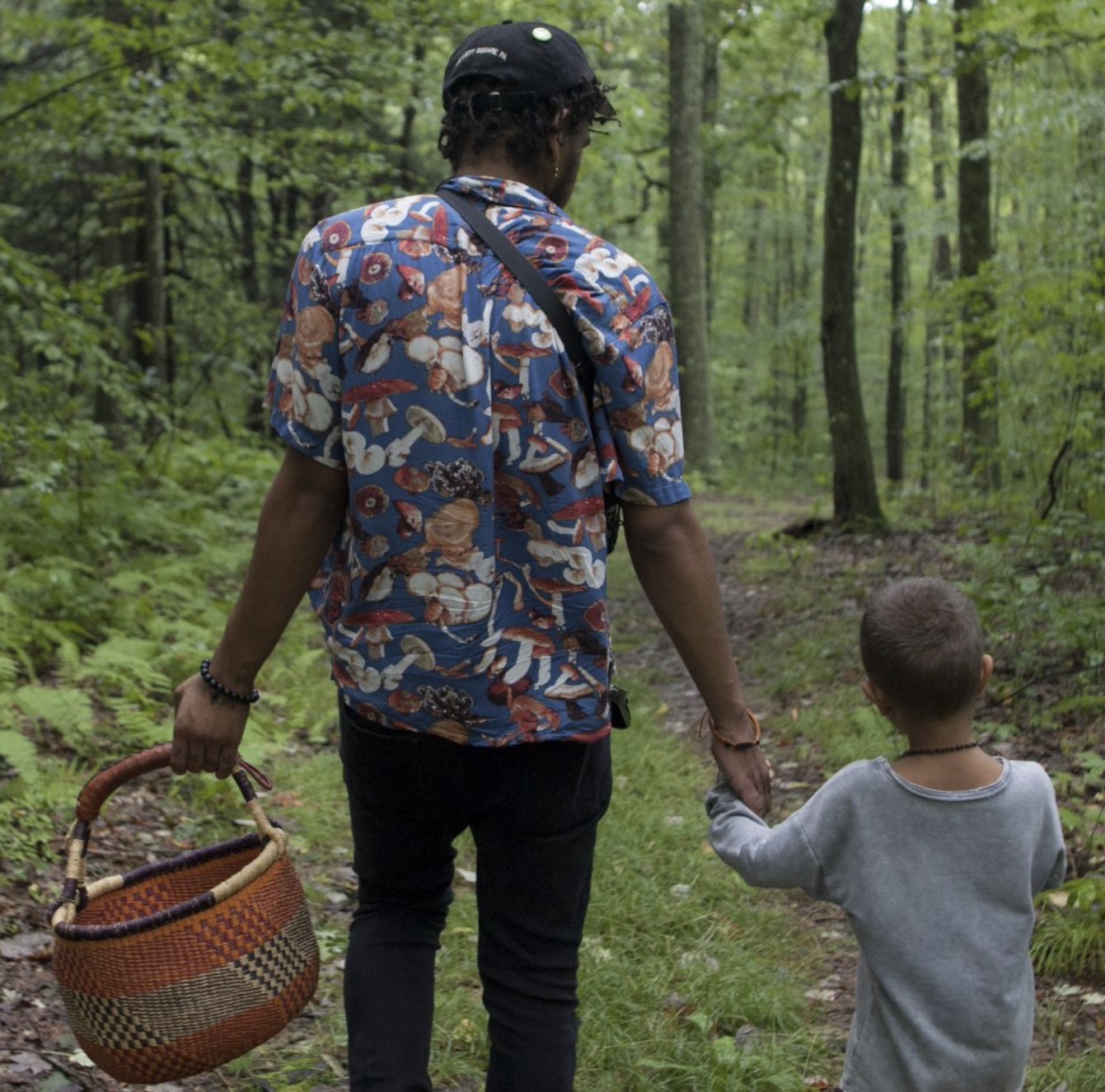 As we face unprecedented challenges this year, the next generation of creators is pushing for a change in consciousness.

These artists show us how to seek shared humanity and interconnection, our only hope to heal the deep roots of racism and divide in our country.

“If we don’t experience the natural world as part of our external self, we will continue to create waste, practice harmful economics, and lead lifestyles which are not healthy for us or our planet,” New York-born filmmaker and ethnobiologist Anthony Basil Rodriguez told us in an interview about hope and cooperation.

Anthony has been raising money for a new documentary series called Growing Back To Nature–telling the stories of individuals making economic, lifestyle, and cultural shifts in the direction to become more harmonious with the natural world. That’s where he took some beautiful footage of citizen scientist William Padilla-Brown (above) walking in the forest.

Anthony has already raised more than $25,000 for his series on GoFundMe. This exceeded his original goal and helps finance the equipment he needs to complete the series. He explained why nature documentaries matter right now:

“We all should have more than a basic understanding of the natural world, its complexity & harmony. In doing that we will shift consciousness in a way that will affect how we design our systems, practice economics, and how we treat ourselves, each other, and our Mother Earth.”

The Meaning of Ethnobotany

“Being an ethnobotanist and a general lover of plants shapes my stories because it shapes how I see the world,” Anthony told us.

“When I am walking down a highly urbanized area of New York City, my eyes are conditioned to pick up on any plant life popping through the cracks. When you are conditioned in such a way just imagine walking through a jungle, you will just be captivated by the life and diversity. Even more so when you learn how complex and connected it all is!”

Anthony spent years editing daily newscasts for live television, developing his storytelling craft. Armed with this knowledge, he traveled the world and documented rare plants, disparate peoples, and the flux of global society.

His travels have taken him to Ukrainian markets and all the way to food stalls of Peru.

“The ‘ethno’ in ethnobotany means people,” he told us. “How did human beings make use of all of it? The genius of nature is there for us to learn from. Being an ethnobotanist shapes these stories because people will find use and solutions for our many current problems, which I feel will be inspired by nature.”

If you want to support other African-American documentarians, there are a variety of programs that need your support right now.

Black Association of Documentary Filmmakers – West: If you’re a filmmaker, documentary film enthusiast, or supporter your donation is welcomed.  Support Black filmmakers to tell our stories.

Project Involve: A project from Film Independent, “a leader in the ongoing fight to build a more inclusive and equitable industry by supporting emerging filmmakers from communities underrepresented in film and entertainment.

Black Hollywood Education and Resource Center: “a nonprofit, public benefit organization, is designed to advocate, educate, research, develop, and preserve the history, and the future, of blacks in the film and television industries.”