Wild psilocybinetic treks undoubtedly inspired my ideas about the nature of the world. Indeed, they led to what I call the “natural intelligence paradigm,” which has become a major part of my work. Such wilderness voyages can be contrasted with Terence McKenna’s advice that the mushroom be consumed in the safety of one’s own home in silent darkness. McKenna was wont to tell would-be psychonauts to disable phones and to make sure that they would not be disturbed in any way. He would then advise people to lie down in silent darkness, shut their eyes, and pay attention to the visions that are invariably catalyzed by psilocybin. This is wise counsel because it underscores the potential significance and tutorial nature of the psilocybin experience.

On the other hand, such a tutorial relationship can become apparent in other settings, especially those involving wilderness areas. Indeed, I believe that forests and remote national park areas (where you are unlikely to be bothered by other people) are some of the most rewarding places to engage in psilocybinetic communion. They are places where natural intelligence is readily apparent and can become even more apparent once the doors of perception are opened. This is because in wilderness areas the various organic life forms are generally far healthier than in the small patches of cultivated greenery in urban gardens and parks. Plus, you get the natural sound of rivers, wind, birdsong, and rustling leaves. You can also see the stars more clearly. In short, there is a special quality to wilderness areas (what I quaintly referred to as “wilderness tang”). As I say, I think this is principally because nonurban biological fabric is in better shape. There is improved genetic expression, increased bio diversity, larger interspecies activity, and therefore better overall health. In places where an ecosystem is left to develop under its own natural steam, there is enhanced vigor and enhanced life. Trees, for example, invariably look more alive and more vibrant. It is in these wilderness places hidden from towns, roads, and paths that the everflowing wisdom of nature can be more readily divined—not necessarily a conscious intelligence as we might know it, but intelligence in its most basic organic expression.

For good or for ill, the chief fruit of all my various psilocybin experiences over the last twenty-five years is the natural intelligence paradigm that gradually formed in me as a result of various adventures undertaken far from the madding crowd amid mountains and forests. McKenna had his time wave theory (among a number of other unorthodox ideas), whereas my idée fixe has always been natural intelligence. What the mushroom gave me, or facilitated, was not a new invention or a new scientific breakthrough (although there have been cases of significant scientific insights being derived from psychedelic experiences—Nobel Prize winner Kary Mullis is a case in point), but rather a new way of understanding life, evolution, and consciousness. Thus far, apart from a handful of fans, this paradigm is either unknown or simply disregarded. Either the paradigm is plain wrong or there is something peculiar about the human psyche that prevents it from taking root. 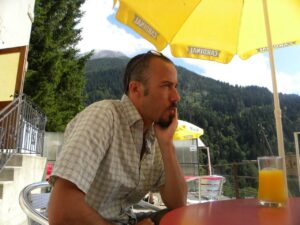 Because it is my idée fixe, I feel compelled to delineate the natural intelligence perspective in some depth. Perhaps people in the future will look back on me as a victim of delusory animistic ideation. Or alternatively, as someone who had important insights that eventually became common sense. Either way, the natural intelligence paradigm is the “gift” I feel I received from all my eager research. I searched heart and soul for meaning and purpose beyond those forms of meaning and purpose promulgated by science, religion, and wishful thinking. I sought bigger game. I sought the full holistic truth—beyond dogma, beyond convention, beyond dead notions, beyond academic sound bites, and beyond what was merely convenient or sweet tasting. What I found was the essence of life as seen through new eyes, a sort of new breathtaking interpretation of something we usually take for granted. Again and again I saw life as an intelligence forged not from wires, chips, and electronic circuits, but from DNA, cells, and webs of bio-logic. It also became clear that this natural intelligence, this flowing organic wisdom, if you will, was pretty much unacknowledged by mainstream science (the process of evolution, for instance, is not considered to evince the characteristics of intelligence) and even circumvented by those keen to dumb down nature’s creative acumen. Given the environmental degradation currently being dealt to the biosphere (and note that the biosphere can be viewed as a planetary network of sophisticated organic technology), it seemed a no-brainer that this attitude had to change. Psilocybin showed me that our appraisals of life and evolution were severely lacking and that a long-term future for our species depends upon a right understanding of what life on earth actually is.