A Story by Norman Lear 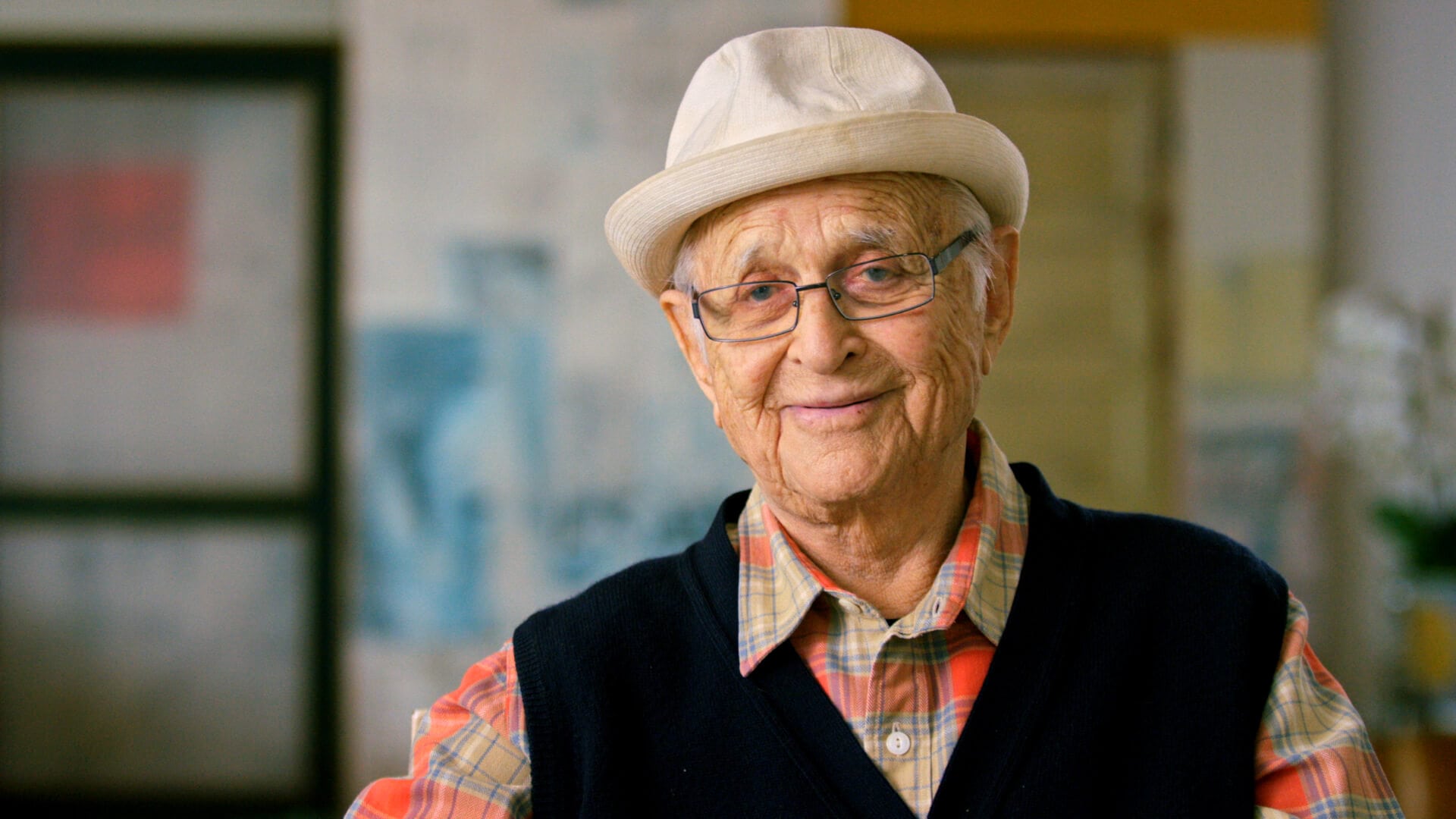 Norman Lear has had a long and storied (pun intended) career as a writer and producer of American television. His shows, including All in the Family, Sanford and Son, and The Jeffersons, defined the sitcom format. Everyone knows an Archie Bunker.

He is a master at making people laugh, but you might be surprised to find that his skill with the witty quip isn’t what has given his career longevity – it’s purpose.

Our own Louie Schwartzberg sat down with Norman to talk about how purpose plays a key role in his life. In order to illustrate this, Norman did what he does best – he told a story.

Louie: [You have been quoted as saying] the desire to lead a more purposeful life, to search for ultimate meanings, is a central theme of human experience. What do you mean by that?

Norman: I think that we’re on two journeys, we are on a horizontal journey and we are on a vertical journey. A horizontal journey is, I’m studying this, I’m studying that, I’m learning more about all of these things as life goes on. The vertical journey is into oneself and into the meaning of oneself and one’s being. That is the longer, I find, and perhaps more rewarding in a spiritual sense, [the] more rewarding journey.

Louie: Do you think that having a sense of purpose has contributed to the longevity of your career?

Norman: I do indeed think that having a sense of purpose contributes to each of our lives….That camera wants to be pointed at every person I have ever met, because we all have a story to tell. And we all have the capacity to light up a moment for the next person and we do it! It’s just simply not recorded. We do it. 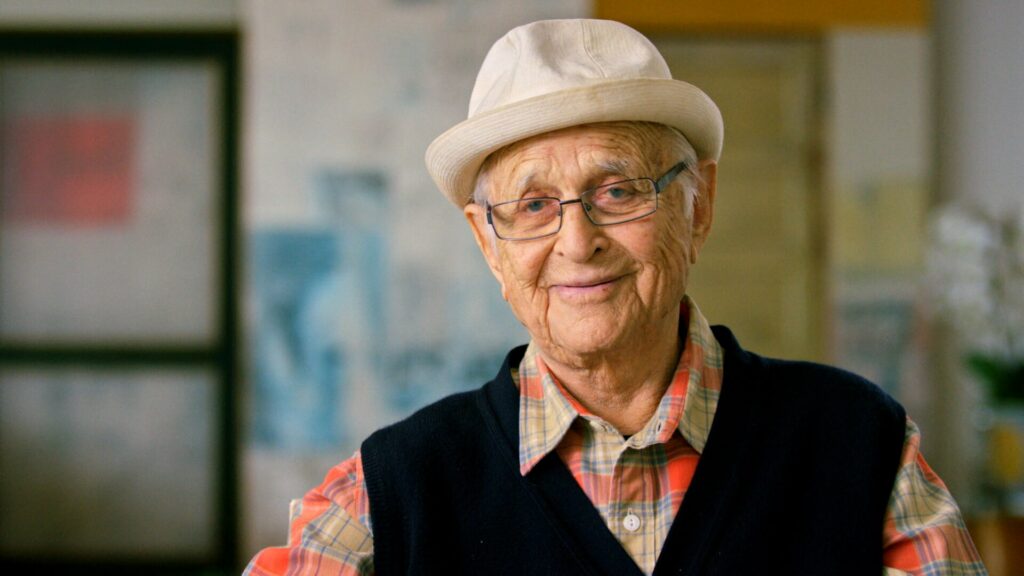 Louie: Do you feel happier or healthier if you have more of a sense of purpose?

Norman: I think a sense of purpose starts with feeling that there is something to do to make things better. Whether it’s to make things better for those very close to you…or maybe along the way in the course of a day….When I heard people talk about [what] little moments [in] some of the shows I’ve done have meant to them, I’ve begun to understand what we all do for each other in the course of a day little things that light up a moment for the other person. What we don’t have is somebody next to us, or an automatic arm that pats us on the shoulder and says good job, good job, but in the course of each of our days, I think we are making a moment brighter for the next fellow without recognizing it.

Norman: I want to tell you, illustrate it, with a story. I made a film in Iowa. I called it Cold Turkey. I made it 40 years or 50 years ago, whatever. I had a montage of people misbehaving for a reason I won’t bother to get into right now.

A small child is crossing the street on her way to school carrying some books, she’s six years old and a traffic monitor is… screaming at this kid because she’s crossing at the wrong moment. It’s 3 to 5 seconds on the screen; it’s all about the woman screaming at the little kid. When it came to casting the little kid, I had 100 kids and they were happy to be around, wanting to do it, and I said “her” and that was the kid that did it.

Many years later the kid, she’s 31 years old now I remember, it’s 25 years later, the town wants a reunion in Iowa of the cast, and so Dick Van Dyke and Bob Newhart and Jean Stapleton and others and I came for the reunion. We had a glorious time and this 6-year-old, now 31, says to me, “I can’t tell you enough, how much that meant to me…” And she went on, and I was thrilled, I was pleased, and so forth.

Dissolve 20 some years later, she’s 52, and they ask me to come back to Iowa, and I’m selling my book so it’s easy for me to do it, but they want to make a big event of my being there, on whatever anniversary of the film. And the Governor’s going to speak and they are going to name a theater after me and all of this is going on.

And a moment I’ll never forget of it all was this little girl is now 51 years old and she says to me, “Mr. Lear,” she says, “when you were here last time, I told you what that meant to me.” She said, “you were very nice, you seemed to understand…[but] you didn’t really get it. You’re going to get it now.” I couldn’t imagine where she was going with this. She said, “I read your book.” And now, she remembered so much of it, so literally, so word by word, she said:

“You were ten years old. Your father was in prison. You were with his parents in a house in Woodmont, Connecticut, where all the family was gathering because they all couldn’t afford their own places. They all came there to swim across the street in the ocean, and you said you never felt more alone. Your mother and your sister were someplace else. They didn’t understand what you were going through. You were utterly alone.

“But one thing made you feel better: you had a blue and gray sweatshirt. And you couldn’t wait to put that on in the late afternoon and early evening. And when it was in the laundry you were beside yourself, waiting for it to come out, because when you put it on and wore that gray and blue sweatshirt, you felt thinner and taller and smarter and more everything that made you feel good.

She said: “You were my sweatshirt.”

And by then I’m crying, she’s crying, and I’m hugging her and I got it. Now my saying “her” was the least significant thing I did that day. I was directing a film and had a hundred people there working with me. I had to make every second count. She was a flip, it was the equivalent of…parking a car and having a word with the attendant, not just ignoring him, and he feels better for it…. We do that for each other.

And if you ask me about purpose, do I have any? Do I have any purpose? It would be to help people understand how much they matter in the course of their days.

Norman Lear’s latest book, Even This I Get to Experience, is available now. You can order it here.