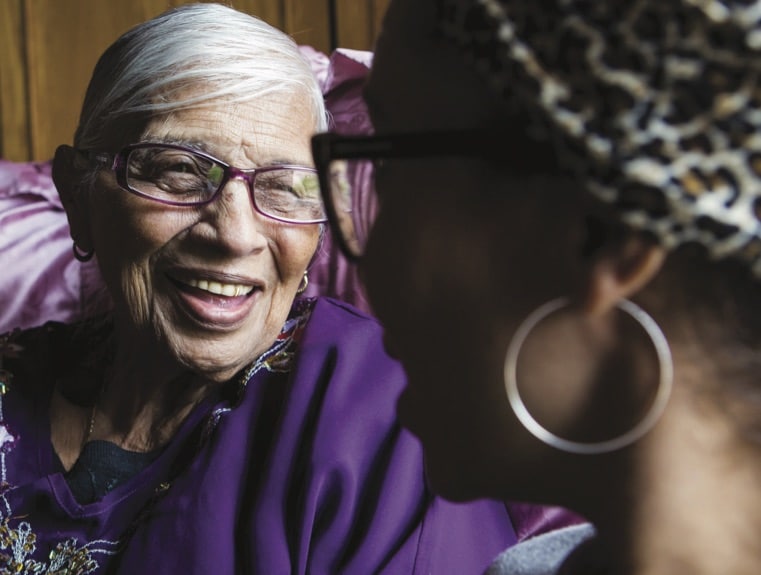 Tapping Into Spirituality Through Nature & Art

How do you tap into your spiritual self? People who feel connected to a higher power or to the people around them are more likely to participate in their community and get involved in political actions. There are so many ways that people can tap into their spiritual selves. For instance – find spirituality in art.

In fact, 41% of people consider that being in nature is spiritual, according to a new report from The Fetzer Institute. And 50% feel connected to their spirituality through art, be it singing, painting, listening to music, or another art form.

A 21-year-old participant named Timothy described himself as “not spiritual at all,” but also had profound experiences outdoors: “Just connectedness … to nature and everyone else,” he said. He also drew this picture of his natural experience. 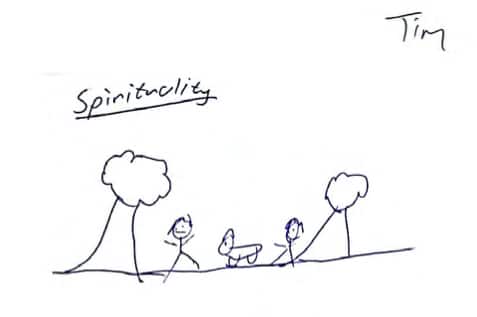 “Whatever it is that connects us to our higher selves, that experience is often described and even achieved artistically, whether it’s visual or written,” Gillian Gonda, the Program Director, Movement Building at the Fetzer Institute. “When we tap into our deepest selves, we experience it through these different metaphors and creative avenues.”

You can explore the study’s key findings at this link.

As a storyteller for the foundation, Gonda shares the vision to build a spiritual foundation for a loving world. She is hoping to give people the language they need to identify and be intentional about their inner spiritual life.

For some, that means going hiking to experience nature and feed their inner life and feelings about who they are. For others, it is creating or immersing themselves in art.

Filmmaker Louie Schwartzberg brings these two together by spending time in nature to create art.

“Louie Schwartzberg is tapped into with his ability to bring the artistic lens to the actual reality of our world,” says Gonda. “It’s not that he’s painting what he’s seeing, he’s doing it through the lens of a filmmaker, a camera. He brings an artistic eye to the movements of nature with time-lapse and all the ways that he’s made magic out of film. It taps into and amplifies the wonder and awe we experience in nature.”

If you want an example of Louie’s work, watch this short film that gives a glimpse of a butterfly’s transformation!

The report also found that more than eight out of ten people consider themselves spiritual to some extent. Interestingly, 60% of those surveyed aspire to be more spiritual with almost half saying they have become more spiritual over the course of their lives. Most engage in at least one spiritual or religious activity every week.

The study found that people have different understandings of what it means to be spiritual.

For instance, Daniel, a study participant who identified himself as spiritual but not religious, surprised researchers when he drew a picture of himself kneeling on the floor and praying to Jesus. “Praying a lot, talking, having a connection with Him. This is me praying and this is Jesus,” said Daniel, describing his drawing.

“Everyone in the back room thinks he’s in the wrong group,” Gonda recalls. “But talk to him a little bit more and he’s like, ‘No, no, I’m not at all religious, I don’t go to church.’ So in his mind, he has this connection that to be religious is to be a regular church attendee, but clearly, he has practices that we would describe as religious practices that he completely defines and experiences as spiritual.”

Gonda concludes that “this nuance of spirituality is critical for us to understand as it paradoxically helps us see the commonality of spirituality–that it is human to be spiritual.

With a mission to help build the spiritual foundation for a loving world, the Fetzer Institute works to catalyze a global movement that encourages personal spiritual exploration and new ways of knowing our sacred world. Its collaborations focus on areas such as the health of our democracy and the landscape of spirituality in society. The Institute believes that nurturing transformed communities in which all people can flourish requires us to go beyond political, social, and economic strategies to address the psychological and spiritual roots of the world’s most critical issues.

The institute was founded by John E. Fetzer, a radio pioneer, philanthropist, and spiritual seeker. Throughout his life, he had an intense intellectual curiosity about the “unseen elements” of life. He studied various forms of meditation, prayer, philosophy, and positive thinking, and explored various healing modalities.

Moving Art is proud that our Wonder and Awe podcast is supported by The Fetzer Institute.

:et us know of and when you have ever found spirituality in art!