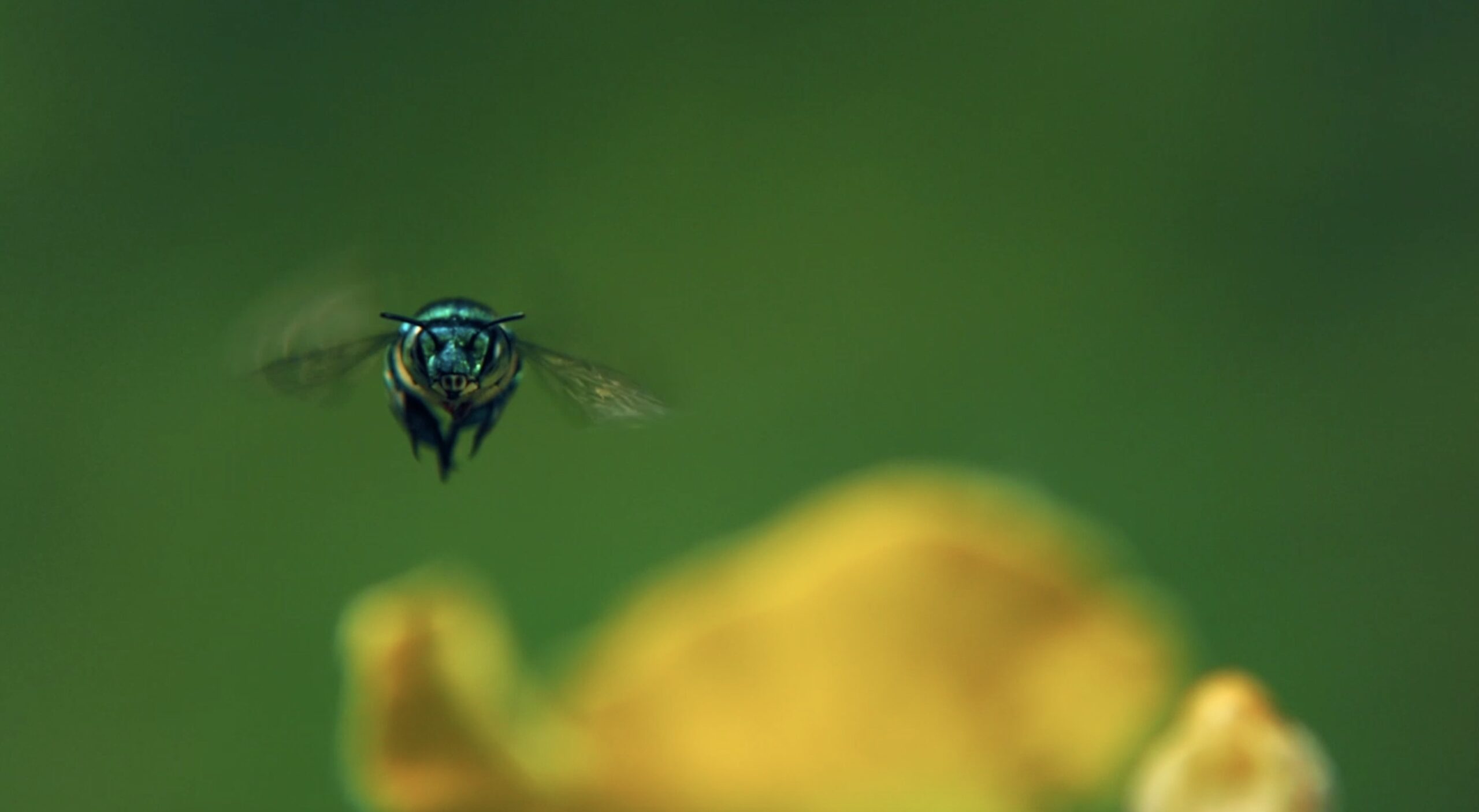 Who Is Championing The Bees?

“At times, we forget the importance of pollination,” writes one Moving Art viewer who was inspired by Louie Schwartzberg’s passionate defense of pollinators. We all need to join the fight to save the bees!

“We depend on pollinators for over a third of the fruits and vegetables we eat. Bees and pollination are necessary both for our world and us. Their vanishing will be the most serious issue facing mankind, so we should plant some seeds for pollination and to drink, tweet and smell the flowers and rediscover that sense of wonder,” wrote the viewer.

Watch this video and think about the interconnection of our flowers, our pollinators, and our food supply.

When a bee colony undergoes a tragedy called Colony Collapse Disorder (CCD), the hive is likely doomed to fail. Merlin Sheldrake described the problem in his book, Entangled Life:

“About a third of global agricultural output depends on pollination from animals, particularly honeybees, and the precipitous decline in bee populations is one of the many pressing threats to humanity. A number of factors contribute to the syndrome known as colony collapse disorder.”

CCD is a situation where the majority of adult worker bees have left the colony, and they leave behind the queen and the immature bees. Unfortunately, CCD is a major problem. Not only are bee populations threatened, but human food systems rely deeply on bees as pollinators. When the bees suffer, so do we.

“The rhythms and patterns of nature are universal,” said Louie Schwartzberg on a recent podcast episode. “It’s universal energy.”

Researchers have been studying the causes and consequences of CDD for years. The existence of parasites and mites is one possible cause, but habitat destruction and exposure to pesticides also contribute to the decline of bee populations worldwide.

What Paul Stamets Is Doing To Save The Bees

One person fighting the good fight is Paul Stamets, a renowned mycologist and researcher. He has an organization called Fungi Perfecti. This organization cultivates mushrooms and teaches people about their healing power. His larger goal is to use the power of mushrooms to generate more sustainable growing practices, as well as to educate the public about the interdependence and plant intelligence the mushroom has to offer.

Stamets’s organization has created a research initiative called BeeFriendly to find ways to reverse declining bee populations worldwide. One of his team’s major finds is that when bees are fed mushroom extracts, their immune systems flourish.

In addition to his work with Fungi Perfecti and saving the bees, Stamets works at Washington State University and conducts groundbreaking research on how mushrooms can (and already are) changing the world.

The intertwining of ecosystems has much to teach us about survival and healing, and the BeeFriendly initiative is a brave call to action for both bees, mushrooms, and human life on Earth.