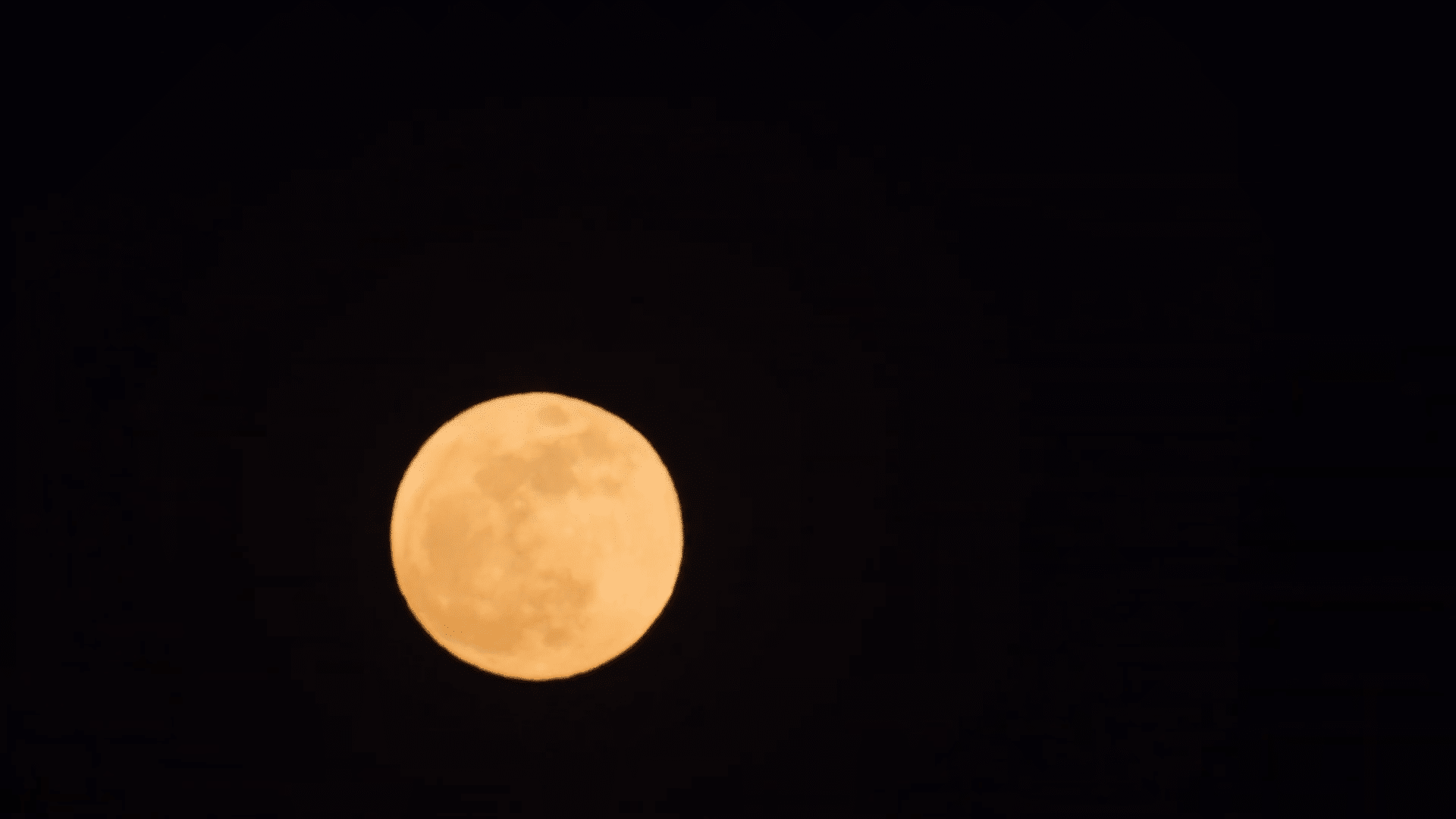 We have all seen the moon from earth, but even though it appears to be still, it is certainly moving.

“With the sad and beautiful moonlight,

Which sets the birds in the trees dreaming,

And makes the fountains sob with ecstasy,

The slender water streams among the marble statues.”

So reads the final stanza of Paul Verlaine’s poem “Clair de lune,” which served as inspiration for the ubiquitous Debussy composition of the same name.

Let’s consider the moon for a moment.

The most likely explanation for the existence of the moon is that the earth collided with another Mars-sized planet, and the moon was formed for the resulting debris. The moon’s gravitational pull affects the tides in Earth’s oceans, and on a clear night the full moon lends enough light to see your way by on a road.

Louie Schwartzberg is a storyteller and filmmaker who has been shooting time-lapse photography of nature, 24 hours a day, seven days a week, non-stop. His work compresses time and put you in sync with different forms of life within our interconnected world.

His work makes the invisible visible.

Louie’s camera reveals the size and vibrance of the moon, and how its position in the night sky changes the way we perceive it. Although each of us knows internally that the moon, the sun, and other objects in the sky are moving through our field of vision, that motion is difficult for us to realize. Louie’s work changes that.

“Aren’t we grateful for our brains, that can take this electrical impulse that comes from light energy and use it to explore our world,” asks Louie. “Aren’t we grateful that we have hearts that can feel these vibrations, in order for us to allow ourselves to feel the pleasure and beauty of nature?”