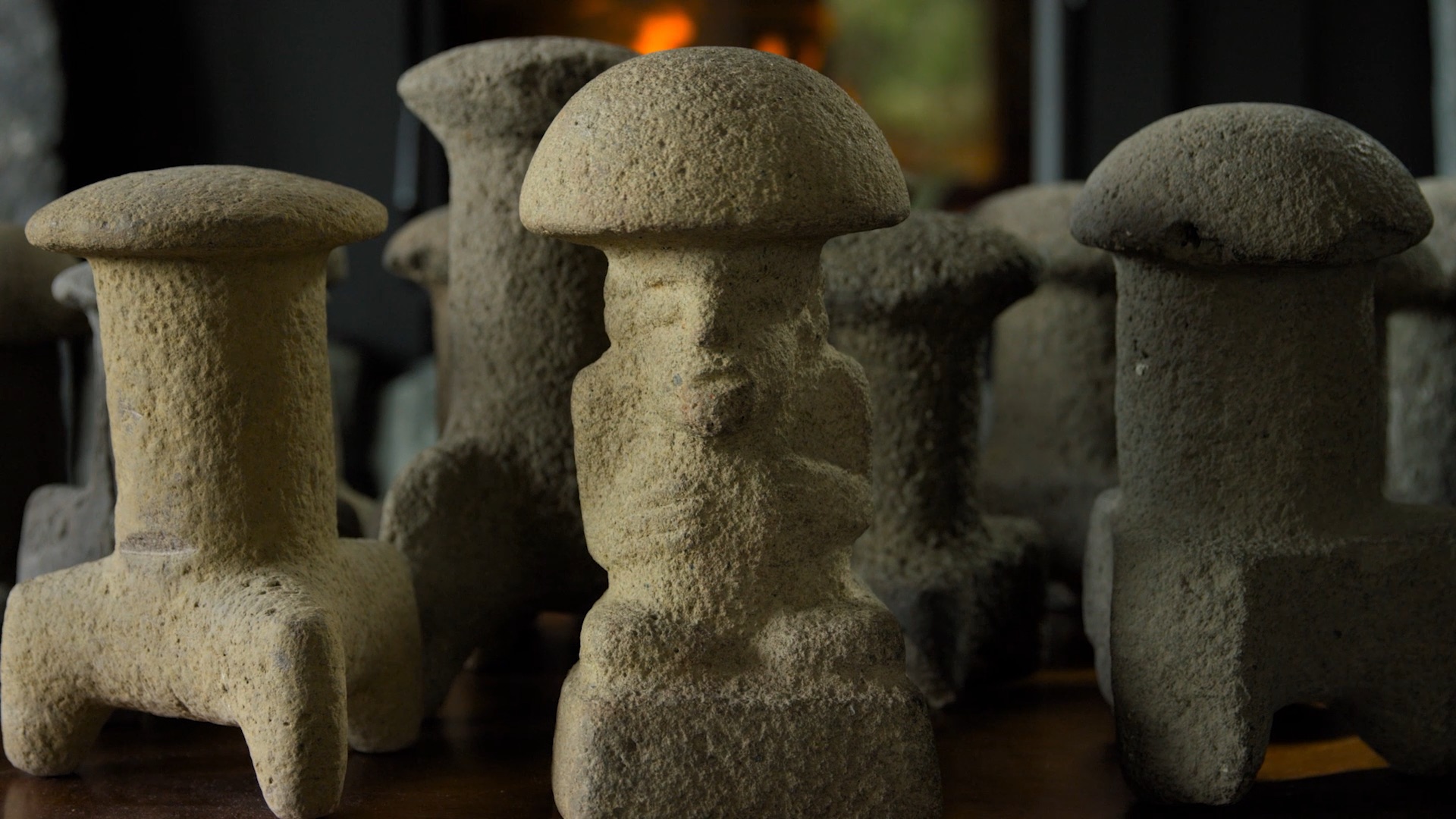 In Western medicine, we have mostly abandoned the traditional methods of indigenous communities. But has modern medicine led us off-track, pulling us away from spiritual and medical consciousness?

Perhaps we need to change the way we think about wellness. Instead, we can follow the example of ancient spiritualities that have fostered natural healing for centuries.

As this exclusive clip from Fantastic Fungi shows, mycology and transcendent medicine have been intertwined throughout time.

First, in ancient Greece, a cult of the gods Demeter and Persephone held a secret ceremony every year. These rites reflected the deep relationship between nature and mankind.

Known as the Eleusinian Mysteries, participants would receive a psychedelic experience. However, Greeks could only participate once in a lifetime! Aristotle, Plato, and Sophocles were all said to have joined these ceremonies.

In addition, archeologists have found ancient artifacts from the Mayan culture called mushroom stones. The archeologist Stephan F. de Borhegyi studied these objects closely. According to his research, Mayans used these stones to grind magic mushrooms for ceremonies.

“Mayan culture was very mycophilic, and they revered mushroom stones for divination, for spirituality, and also to be able to predict incoming armies and how to strategize against them.”

During a special gathering on Fungi Day, she shared lessons she learned from the practices of spiritual leaders of the Mazatec in Mexico.

“Their prayers are not just kind of abstract energies, they’re really alliances with the power of nature,” she explained. Then, she outlined the profound connection between nature and these indigenous civilizations during mushroom ceremonies.

“There’s not really a separation. It is really part of their cosmology. They pray to spirits, they offer offerings to nature. They have all these different layers of practices that are really symbolizing and practicing their relationship with nature.”

Above all, integrative medicine pioneer Dr. Andrew Weil explained what made ancient and indigenous practices so much different from our contemporary medical applications:

“In Western medicine, we’re entirely concerned with dispelling evil. All of our effort is on identifying agents of disease and eliminating them. That has its place, but we do almost nothing about supporting the good.”

Therefore, Weil has urged scientists to look to nature for answers. He highlighted nature therapy, and the healing properties of Lion’s Mane mushrooms and how plant medicine can enhance the body’s immune function.

In conclusion, mycologist Paul Stamets agreed that indigenous practices could teach us much about medicine and nature. Both traditions share an underlying idea:

“Whether the shamans called them spirits or whether the scientists called them microbes, with the invention of microscopes, we get to see the microscopic universe and landscape that we thunder upon with every footstep.”

Intrigued? Fantastic Fungi, directed by Louie Schwartzberg, is a consciousness-shifting film that takes us on an immersive journey through time and scale into the magical earth beneath our feet, an underground network that can heal and save our planet.

For example, you can learn about the Mother Tree in the film. Schwartzberg has witnessed the miraculous and healing nature of mycelium first hand. He connected with the greatest fungi scientists, explorers, doctors, artists, healers, and fungi enthusiasts of the world for his film.